In the context of this year’s second in-house seminar of the programme area on 24 March 2021, Adam Krzywoń, Assistant Professor at the University of Warsaw and Research Associate at the German Research Institute for Public Administration, gave a talk entitled “Internet, freedom of expression and private governance – How to protect free speech in horizontal relations?” In addition to the programme area’s members, Dr Birgit Eberbach-Born of the user advisory board also participated in the online seminar.

After Professor Karl-Peter Sommermann’s introductory remarks, Adam Krzywoń emphasised the relevance of his topic: according to him, the shutting down of Donald Trump's accounts on social media after the storming of the Capitol at the beginning of the year represents just one example that illustrates the substantial power the internet gives to a range of private actors, such as social media and other platforms. These are thus able to control societal communication processes, hold considerable authority over shaping opinions, and become “the arbiters of free speech”. Starting from this fact, the lawyer explained how the doctrine of the State’s positive obligations proclaimed by the European Court of Human Rights (ECHR) can be used to ensure a fair balance between the conflicting rights of two groups of private actors (platforms and their users) and to avoid unequal individual relations. In addition to the current case law of the ECHR, Professor Krzywoń also analysed the most recent EU Proposal for a Regulation on a Single Market for Digital Services (Digital Services Act) as well as the legal situation in the Member States Germany, France and Poland from a comparative perspective. At the end of his presentation, he pleaded for an institutionalisation of the platforms and for their obligation to be more transparent in their operations.

Following the lecture, the participants discussed questions and challenges arising with regard to the fundamental right to freedom of expression in the digital space: Against the backdrop of the platform operators’ huge influence, is it necessary to reinterpret the concept of fundamental rights, emphasising also the horizontal level, e.g. between platform operators and users (cf. German principle of unmittelbare Drittwirkung), and not only the relation between the individual and the State as well as the State’s duty to protect? Can and should the State delegate its duty to protect its citizens to private actors on the basis of efficiency considerations? Finally, the participants agreed on the fact that due to the internationality that the medium of the Internet inevitably entails, changes will also arise for fundamental rights discussions in the future.

Following an invitation of the European Administrative Space programme  area, the Portuguese law scholar Professor Filipe Brito Bastos (Nova School of Law, Lisbon) presented – in the context of this year’s first in-house seminar on 12 February – his latest article “Doctrinal methodology in EU administrative law: Confronting the Touch of Stateness”, which will soon be published in the German Law Journal. In addition to the members of the programme area, further guests from other European countries participated in the online meeting.

In the context of the DFG-funded project "The development of pan-European general principles of good administration by the Council of Europe and their impact on the administrative law of its Member States", which is integrated into research field 5 "The common rule of law and democratic standards of ‘good administration’ as the basis and legitimation of the European Administrative Space", Professor Ulrich Stelkens and Agnė Andrijauskaitė recently published a comprehensive contributed volume summarising the results of the first phase of the research project.

Entitled "Good Administration and the Council of Europe: Law, Principles, and Effectiveness", it examines the existence and effectiveness of written and unwritten standards of good administration developed within the framework of the Council of Europe (CoE) and in the case law of the European Court of Human Rights. These standards – called 'pan-European general principles of good administration' – cover the entire range of general organisational, procedural, and substantive legal institutions meant to ensure a democratically legitimised, open, and transparent administration respecting the rule of law. The book analyses the sources and functions of the pan-European general principles of good administration and seeks to uncover how deeply they are rooted in the domestic legal systems of the CoE Member States.

The volume comprises 28 country reports dedicated to an in-depth exploration of the impact of these standards on the national legal systems of the Member States written by respective experts on these systems. It argues that the pan-European general principles of good administration lead to a certain harmonisation of the legal orders of the Member States with regard to the limiting function of administrative law despite the many fundamental differences between their administrative and legal systems. It comes to the further conclusion that the pan-European general principles of good administration can be considered as a concretisation of the founding values of the CoE and describes the 'administrative law obligations' a Member State entered into when joining the CoE.

In the context of research field 5 “The common rule of law and democratic standards of ‘good administration’ as the basis and legitimation of the European Administrative Space” the programme area has recently launched a new series of seminars in cooperation with the Bocconi University in Milan. The regular meetings aim at encouraging scientific interchange and at creating synergies between the DFG-funded research project "The development of pan-European general principles of good administration by the Council of Europe and their impact on the administrative law of its Member States" on the part of the University of Speyer and the Milan project "Common Core of Administrative Law - CoCEAL", which both belong to the ReNEUAL working group 2.1: “Common European Principles of Administrative Law and Good Administration”.

The first online seminar of the binational series took place on 15 July 2020. After Professor Ulrich Stelkens (German University of Administrative Sciences Speyer) had emphasised in his introductory lecture on "Ideas of Legality and Research Questions" that different administrative legal mindsets have an impressive impact on how the concept of rule of law vis à vis the administration (i.e. the principle of legality) is understood, the participants discussed general principles of public law and the principle of administrative legality in various legal systems. In addition, Professor Giacinto della Cananea (Bocconi University, Milan) presented his article entitled "Legality in European Administrative Laws: Common and Distinctive Traits". The ensuing debate focused on the discretionary powers of the administration and the question of its legality and impartiality.

During the second online seminar on 26 November, the principle iura novit curia was discussed from a theoretical and deductive perspective, before the participants devoted themselves to an inductive analysis of the topic by examining the right to refuse to give evidence (or nemo tenetur se detegere) in administrative procedures on the basis of both a presentation and a case study.

The next and thus third seminar of the series on the principle of legality and the "intensity of its binding character in European administrative law" will take place in Milan in July 2021 and shall serve the presentation of research results achieved through the cooperation. In addition to the scientific directors Professor Ulrich Stelkens and Professor Giacinto della Cananea, Professor Cristina Fraenkel-Haeberle, Dr Yseult Marique, Agnė Andrijauskaitė and Aleksandra Dzięgielewska are also involved in the project on the part of the German Research Institute and the programme area "European Administrative Space". 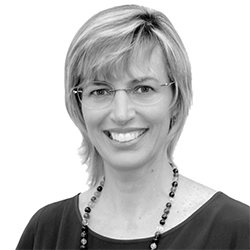