The trendy term “smart cities' government” highlights the potential of intelligent networking in the public sphere to promote the common good. A world full of sensors offers great opportunities for a modern digital infrastructure (especially in local public transport and energy systems)– but it will also be confronted with challenges.

The car of the future will decide independently and be networked with its environment: the individual components will not only communicate with the digital autopilot, but also with other vehicles taking part in traffic (for example, warning them of black ice or an imminent traffic jam end). Sensors embedded in the traffic lanes count vehicles, measure speeds and control the flow of individual and public transport. Consequently, automation and networking will ease the way to efficient exploitation of traffic infrastructure under the conditions of increased general mobility.

Mobile applications in particular will open up previously unsuspected possibilities for data evaluation for the common good. The traffic flow in the smart city will avoid traffic jams and long waits at bus stops and railway stations: on the basis of the location and movement data of traffic participants, the congestion points in traffic volume can be identified, traffic flows guided, typical accident hot spots avoided (and predicted) as well as the potential of local public transport fully realised. Intelligent mobility systems connect public and private traffic seamlessly as an overall ecosystem.

In the near future, digitalised or (fully) automated deployment scenarios will soon emerge in these fields of action – especially in the area of municipal tasks (municipal works, transport operations, etc.), but also in multi-level coordination. However, there are also fundamental questions tied up with the new technical possibilities, which also affect the development of the “networked city” beyond the traffic sphere:

- to what extent and under what conditions is it even reasonable to allow the data flow in the smart city (also) to flow to government bodies or exchange data between private and public bodies? How can the state bundle the data of networked private devices and embedded systems to perform public tasks without thereby disproportionately intervening in the property, exercise of a profession or free competition of the device manufacturers, data generators, big data hosting and cloud providers?

- How can a legal framework for so-called open private data be properly tailored that creates norms for the legal allocations of rights to data, concerning rights to information of the state and “data donations” of citizens?

- How can the information and communication technology provided be designed to be secure, trustworthy and free from discriminatory potential? 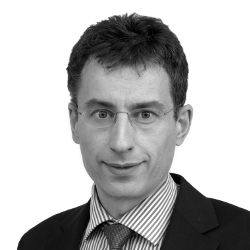